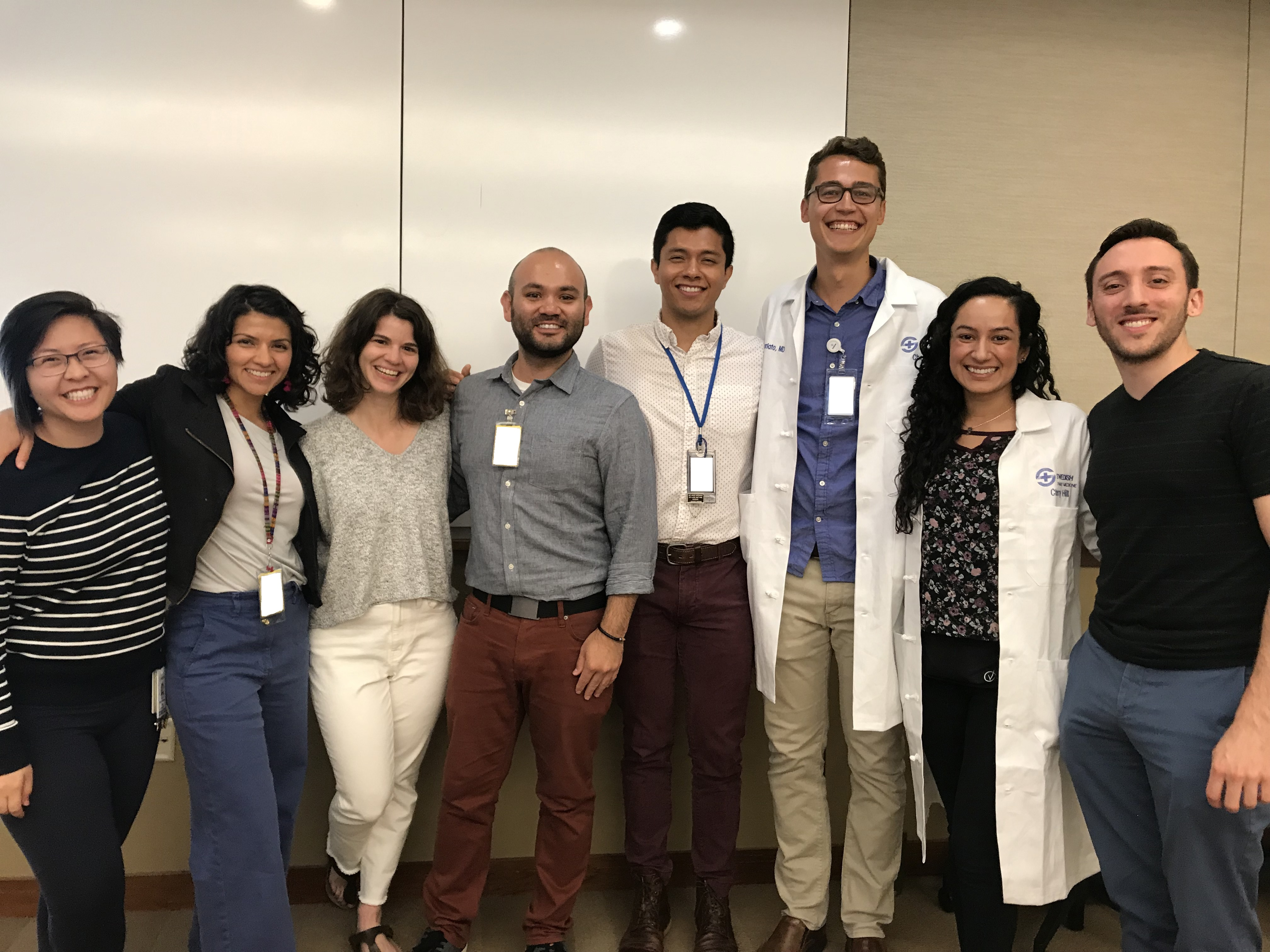 “It is a pleasure for Sea Mar Community Health Centers to partner with the Swedish Family Medicine Residency at Cherry Hill, training committed physicians who will provide the highest quality of care for the underserved.”

The goal in 1987 was to demonstrate that a collaborative effort between a community health center and an established residency program could provide family medicine residents with an outstanding training experience, and that goal remains the same today.

Sea Mar Seattle’s residency site is intended to address the provider shortage in Community Health Centers, by attracting and graduating high-quality family medicine residents who will go on to practice and become leaders in CHC settings, working with the underserved throughout their careers.

Sea Mar, while serving a diverse population, takes pride in specializing in services to Latino families, many of whom are native Spanish speakers and have limited or no ability to communicate in English. With this being the case, the Sea Mar site is ideal for residents who are bicultural and proficient in English and Spanish. Residents are trained to provide high quality care to people of diverse ethnic and racial backgrounds, as well as all ages, and a broad spectrum of medical conditions.

All rotations for Sea Mar Seattle residents are the same as for all Swedish Family Medicine Residency at Cherry Hill residents. The difference is that Sea Mar residents have their ambulatory continuity clinic experience exclusively at Sea Mar Seattle. Sea Mar is their clinic home for the duration of the three year residency.

Medical complexity and patient diversity are a direct result of the clinic’s high volume and long-term physician continuity. Systems have been established to help meet the needs of all patients. Obstetrical care is a highly valued service at the clinic. Sea Mar’s long history of quality obstetrical support means residents have a greater opportunity than most family medicine residencies for high volume (roughly 400 deliveries per year as a group) obstetrics. Support is provided through an experienced maternal support services team.

Faculty physicians at the Sea Mar Seattle residency site have extensive experience and are committed to the mission of community health centers. In fact, several of our faculty members are graduates of the Sea Mar Seattle site of the Swedish Family Medicine Residency at Cherry Hill. Our faculty preceptors typically work from the Seattle, White Center, and Burien Medical Clinics, and most work with the residents at Swedish Hospital on the inpatient Family Medicine Service and the OB Red Team. 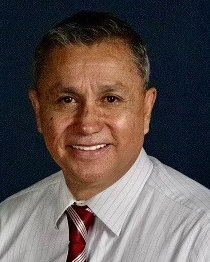 How to Apply to Sea Mar Seattle's Residency Training Site:

Residents are selected for the Sea Mar site based on a demonstrated committment and service to the Latinx populations. Other qualities we look for in an applicant are committment to full-spectrum Family Medicine including inpatient medicine and OB, service to the underserved, and an ability to work in team and in high-pressure situations. The level of Spanish-language fluency is assessed during the interview and is taken into consideration as part of the overall application.

A separate NRMP match number 1755120C4 must be used when ranking Sea Mar Seattle Clinic in the national ERAS matching system. Applicants should mark the Sea Mar track designation when applying to the Swedish Cherry Hill Program through ERAS.

Sea Mar Community Health Centers is a non-profit community-based organization committed to providing quality, comprehensive health and human services in Washington State. Sea Mar proudly serves all persons without regard to race, ethnicity, immigration status, gender, or sexual orientation, and regardless of ability to pay for services.

Sea Mar’s network of services includes more than 50 medical, dental, and behavioral health clinics and centers, and a wide variety of nutritional, social, and educational services. Serving over 200,000 people annually, our model of care places patients’ needs at the center of attention as we deliver comprehensive health and human services, including medical, dental, behavioral health, preventive health, housing, and education.

Sea Mar stands for “Seattle Marysville.” In 1978 Sea Mar was founded in Seattle, with a future intent to develop a clinic in Marysville (and elsewhere) in order to serve Latinos, particularly migrant farm workers. Since then Rogelio Riojas, Sea Mar’s CEO, has enacted his vision of growing a network of Community Health Centers throughout Western Washington, providing care for the underserved. Over the years, Sea Mar’s medical services have grown to 28 clinics in 10 counties throughout Western Washington. We look forward to growing and improving access to quality health care for the communities we serve

Dr. Daniel Rivas is originally from Texas, where he completed his undergraduate studies at Baylor University. Afterward, he attended medical school at the University of Texas Health Sciences Center at San Antonio, where he participated in a year-long community medicine track on the Texas-Mexico border. During his training at Swedish Family Medicine Cherry Hill Residency/Sea Mar Clinical Site, Daniel completed an area of concentration in Rural Health and served as the first resident recruitment chair for the residency program.

After residency, Daniel worked at Sea Mar Burien Medical clinic from September of 2013 through May of 2018, then moving into the role as the residency site director at Sea Mar Seattle. Daniel is passionate about teaching and has lectured for the Sea Mar NP Residency, Swedish FM Cherry Hill Residency, and Sea Mar Marysville FM Residency. He has taught medical and nurse practitioner students, volunteers as preceptor for the student-run free clinic at Casa Latina, and serves on the advisory board for the Community-focused Urban Scholars Pathway (CUSP) at University of Washington Medical School.

In his spare time, Daniel enjoys travelling, cooking, live entertainment, board games, hiking, and camping. He is also crafty: dabbling in knitting, furniture restoration, beer brewing, and digital scrapbooking. He continues a seemingly futile search for “good” Texas-style BBQ and Tex-Mex food in the Seattle area.

Andre was born and raised in the Minneapolis/St. Paul area of Minnesota. He completed his undergraduate studies at Bethel University where he studied Spanish and Biochemistry/Molecular Biology. After his undergraduate years, Andre completed a year-long global health fellowship with public health non-profit in Nicaragua where he was exposed to the importance of community-based primary health care as a model for grassroots change in marginalized communities. He attended medical school at the University of Minnesota where he worked as a Spanish interpreter in a free clinic and completed a longitudinal integrated clerkship centered on urban underserved care. Andre's professional areas of interest include community-based participatory research, racism in medicine, global health, full-spectrum family medicine, and academic medicine. In his free time, Andre enjoys biking, running, hiking, drinking coffee with a good book, puzzling, and spending time with his wife, Alison.

Laurie was born and raised in Wenatchee, Washington. Her parents are immigrants from México. Laurie grew up with her parents working as farmworkers in the apple and cherry orchards of Washington. Her family and personal experience as a farmworker motivated her to pursue higher education. She was motivated to better provide for not only her family, but also give back to her community as there are significant health disparities among farmworkers. The Gates Millennium Scholarship provided her a full-ride to college. She graduated from the University of Washington in 2013 with a Bachelor's of Science in Biochemistry.
Laurie worked at Sea Mar Community Health Centers in Seattle from 2013-2015. She initially was a full-time volunteer as a Patient Navigator through AmeriCorps then transitioned as a Care Coordinator until she entered medical school at the University of Washington in 2015. Laurie quickly became involved with the Latino/a Medical Student Association (LMSA) and Students for an Anti-Racist UWSOM. She believes that health disparities can be eliminated through social and health policy changes. In 2019, she was selected to be part of the Husky 100, an award that recognizes 100 UW students who are making the most of their time at UW, for her anti-racism efforts and work addressing health disparities. As a woman and physician of color, she shares her story so that others may be inspired and also become leaders in their communities.
In her spare time, Laurie enjoys dancing in her living room or kitchen and going to Seattle Sounders games with her whole family.

Cesar was born in Ecuador and moved to the U.S in 2001 at the age of 8. He arrived in NYC and lived there for 19 years. He attended public schools throughout and went to the City University of New York in the Bronx for college. He is interested in the intersection between healthcare and inequality and feels passionate about working with the community to improve healthcare outcomes. For fun, he loves to play and watch soccer, salsa dancing and coffee.

Olenka attended Florida State University and majored in chemistry and biochemistry. She was part of the FSU Bridge Master’s Program and then went to medical school at Florida State College of Medicine. Throughout medical school, she focused on working with migrant farm workers in Florida and held various positions with the Latino Medical Student Association. Olenka is originally from Lima, Peru. Her and her family moved to Fort Lauderdale when she was 9 years old. Her and her brother both learned English while in school, watching TV, and listening to music. They both translated for their parents since they were little and still do. Her family conserves their Peruvian culture either by her grandmother's cooking, eating at Peruvian restaurants when possible. She also likes go back to Lima whenever she can to visit family and friends. She loves the outdoors, hiking, Zumba, and the beach. Dancing is her favorite thing to help her relax.

Stacey Martinez attended SUNY Upstate Medical University in Syracuse, NY, where she quickly jumped into activism. She implicated herself in the Latino Medical Student Association (LMSA) in leadership roles at Regional and National levels. Her prolific involvement includes Co-Director as well as part of the Board of Directors for the National board. It is by way of this dedication and work that she brought new policies into work and new scholarships in order to further the cause of the organization; the mission of helping Latinx students in medical education. Stacey believes in the importance of maintaining and retaining this underrepresented student demographic. Through LMSA she has helped close the gap for them, especially those that are the first generation to undertake this profession. As a medical student, Stacey was also awarded the Nightingale Fellow, which was awarded to medical students that were involved in Quality improvement initiatives and ensuring patient care was improved in many ways to improve the experiences of medical students in the rotations.

Stacey is a lifelong New Yorker and decided to take the leap to the West Coast due to the appeal of the Sea Mar clinic site where the patient population is near and dear to her heart, specifically working with Spanish-speaking patients and immigrant populations. Stacey is excited to continue advocating for the needs of the Latinx community and learning and immersing herself in community medicine here in Seattle. While in Seattle, she looks forward to exploring the Pacific Northwest with her dog Ruby."

Andrea grew up in Caracas, Venezuela and moved to the US when she was 18 years old. She completed her undergraduate degree in Chemistry at the University of North Carolina at Chapel Hill in 2014. She then pursued a Master in Biomedical Sciences degree at Tufts University in Boston, and stayed at Tufts to complete her medical studies. Throughout her training, she had the opportunity to participate in service experiences focusing on adult education and immigrant support services.

During medical school, she was also part of the Sam W. Ho Health Justice Scholars Program, which exposed her to different ways that family physicians could partner with patients and communities to address health disparities. She has broad interests within family medicine, but she’s particularly passionate about immigrant and refugee health, addiction medicine and health equity. In her free time, Andrea loves catching up with her family abroad, Latin dancing and watercolor painting.